The Offense of Christ 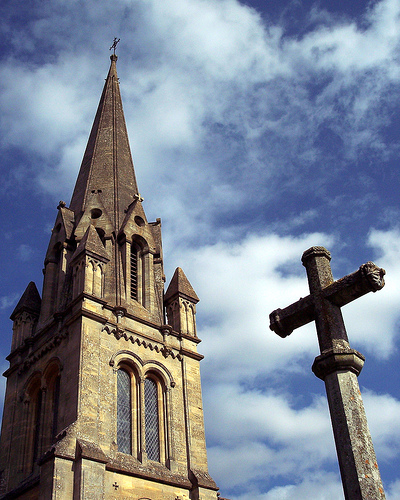 Jesus, the one who would be called “the Christ” (or Messiah) by his followers made claims that were, and still are, extremely divisive.  Jesus forgave sins, allowed others to bow down in worship before him, and even made specific claims to be equal with God.  His most controversial statement is arguably found in John 14:6: “I am the way, and the truth, and the life.  No one comes to the Father except through me.”  Jesus claimed to be equal to God.  He claimed that if a person wanted to have a relationship with God, he/she could only do so by bowing before him (Jesus) as Lord and Savior.  According to Jesus, there is no other way.  All other religions are false.

I find it interesting when I hear those outside of Christianity refer to Jesus as a great prophet or teacher, but not God.  If Jesus’ claims to be God are not true, he cannot be held as a great prophet or teacher.  He is either to be fully believed or rejected.  As has been written and argued by many Christian writers, Jesus was either a liar, a lunatic, or Lord.  He could not be called a great teacher or prophet if he was either a liar or a lunatic.  If he was a great prophet, he was also exactly who he claimed to be: God in the flesh.

As a Christian, I find it frustrating at times when I hear other Christians talk about a need to remove the “offensiveness” of Christianity as if Christianity is going to lose its relevance in the world if it does not become more inclusive.  Jesus was offensive.  Jesus would not be considered “tolerant” by today’s politically correct culture.  He claimed to be equal with God and the only way to the Father.  Christians must continue to proclaim this same message if we are to be faithful to the one we call Lord.  For those seeking God through other avenues, we must say that Jesus is the only way to the Father, just as Jesus the great prophet and teacher told us.

I pray that the Church does not lose the true Christian message in its efforts to be less offensive and more tolerant.

2 Responses to The Offense of Christ